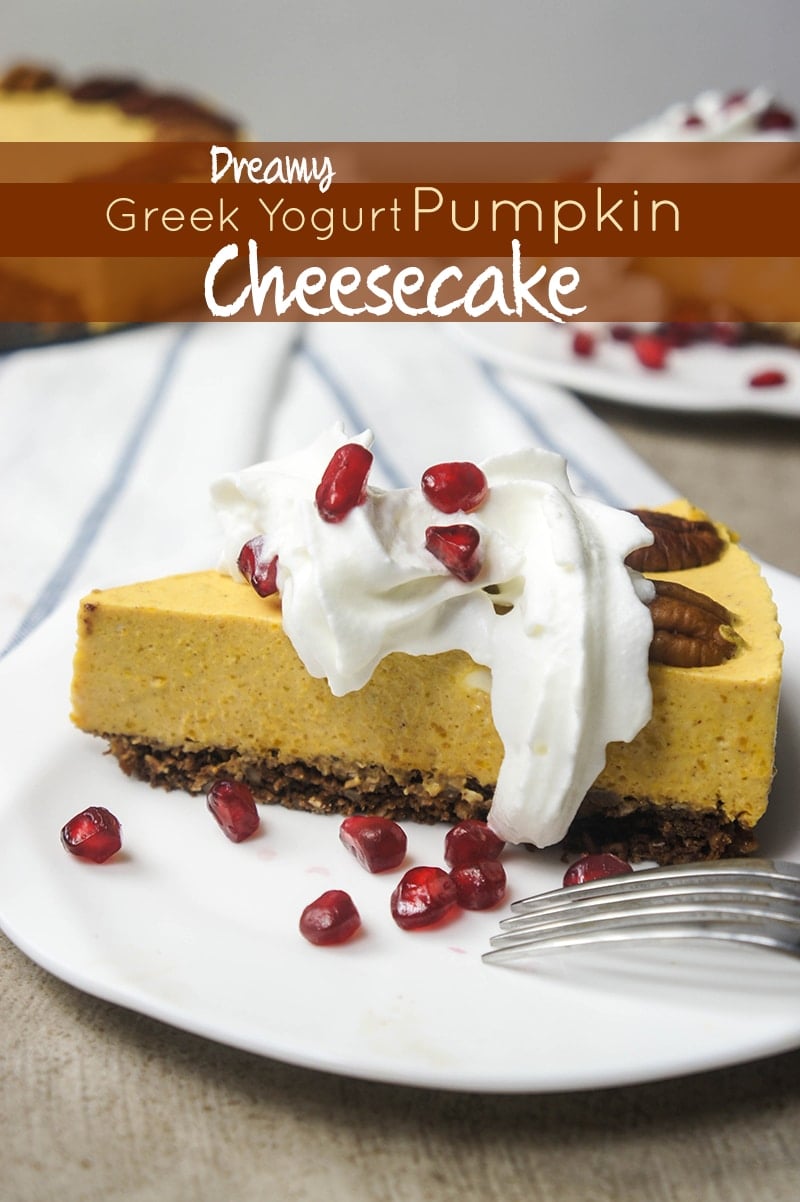 I’ve never been a cheesecake fan– with the exception of pumpkin cheesecake! And this greek yogurt version takes it over the top. Super creamy, a bit tangy from the yogurt, and full of pumpkin pie spices.

Living in a foreign country makes the holidays a bit different. Here in Malaysia, we get a lot of time off work for Malaysian holidays, Chinese holidays, and Muslim holidays. What we don’t get off is American holidays! 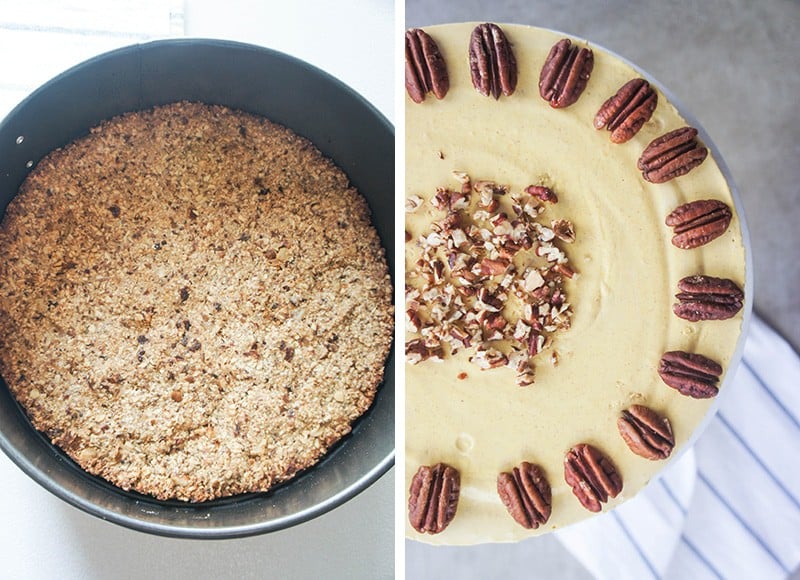 A lot of hotels around town do a Thanksgiving buffet. The first year I lived here, some friends and I decided to go into the city to one of the big hotels for their Thanksgiving dinner. Normally about a 20 minute drive, maybe 40 in bad traffic, ended up being a 2 hour drive that night. No, not because everyone was scurrying down to the city for Thanksgiving, but because a tree had fallen over one of the transit trains, and crews were blocking traffic trying to clean it up and get the train running again. Complete gridlock. Actually, not such an uncommon occurrence here!

I’ve also hosted dinner at my house on the weekend after the holiday. Friends from many different countries bring dishes that they think are American, and it usually turns out to be a pretty good meal. A few years, we’ve ended up with sushi on Thanksgiving (of course as a side to the turkey!).

Getting to know people from so many different parts of the world is what I cherish most about this experience. #PracticingGratitude 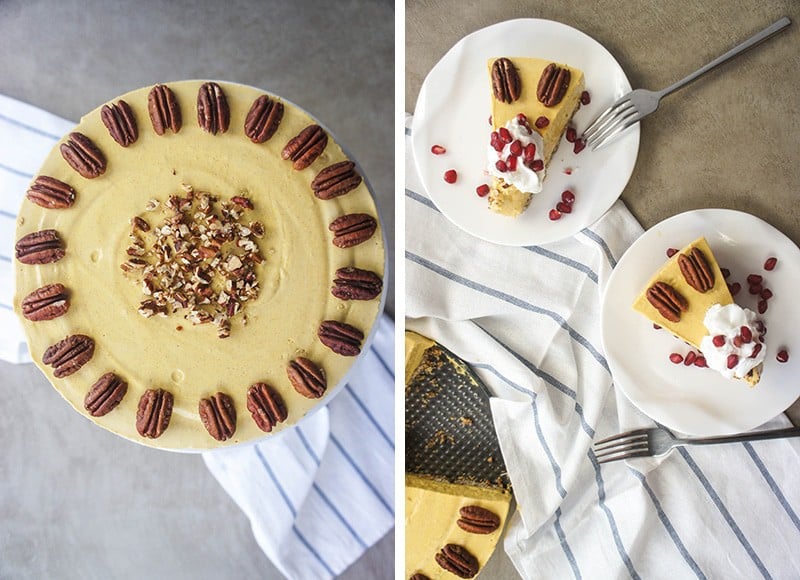 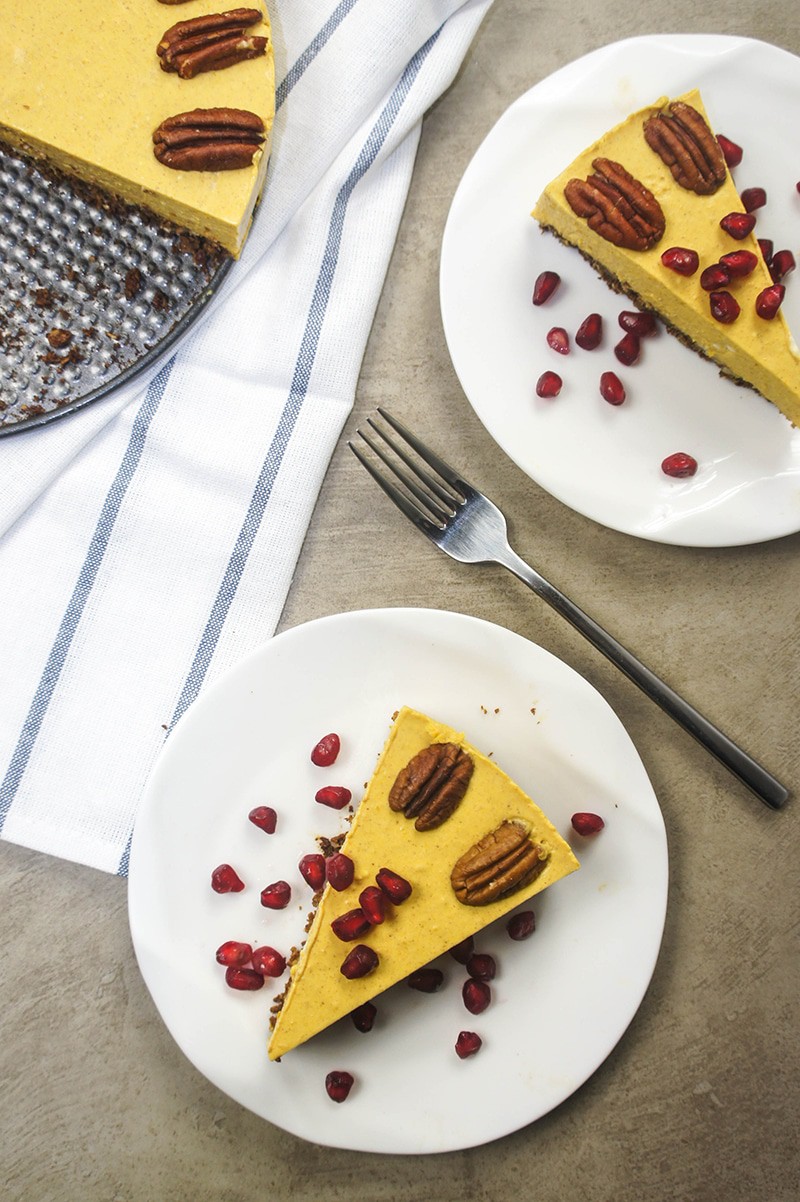 My brother’s two favorite desserts are pumpkin pie and cheesecake- so I suggested this to my mom as a dessert to take to his house for Thanksgiving this year. She bought all the ingredients, but he was shocked at the idea of anything but traditional pumpkin pie. He’s a purist– I am always experimenting!

I made this pie for my first informal Thanksgiving dinner last weekend at a friend’s house. It was good, but not pumpkin-y enough, and the basic oatmeal pecan crust needed a bit more pizazz. To make the flavor more similar to pumpkin pie, I reduced the yogurt, and added more pumpkin and spices. I also added molasses and spices to the crust to give it a gingersnap flavor. Very good choices! 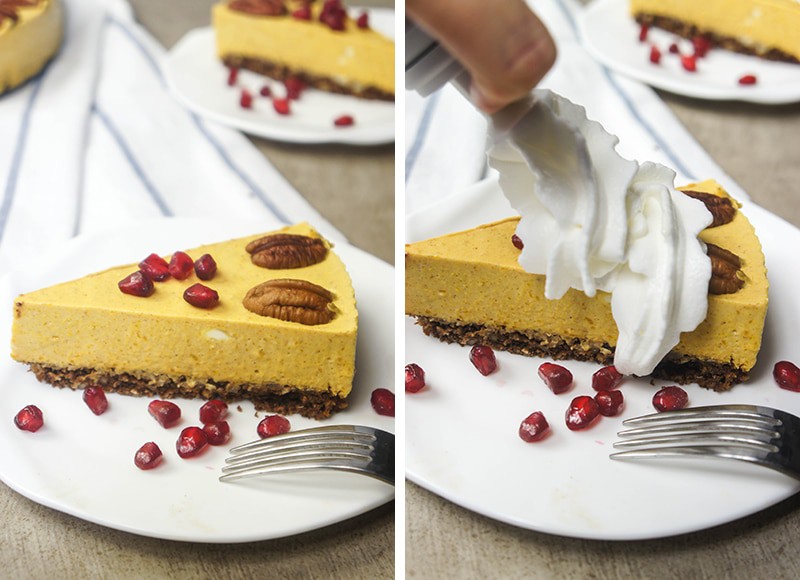 Now, what am I going to do with most of two cheesecakes left in my fridge? There are worse problems to have! I think my colleagues will get a surprise treat this Thursday. . . 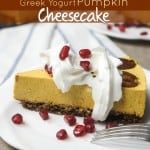 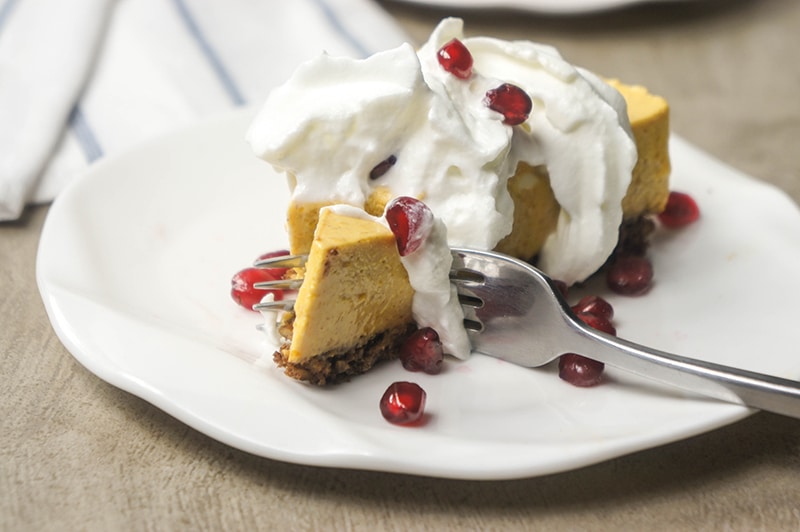